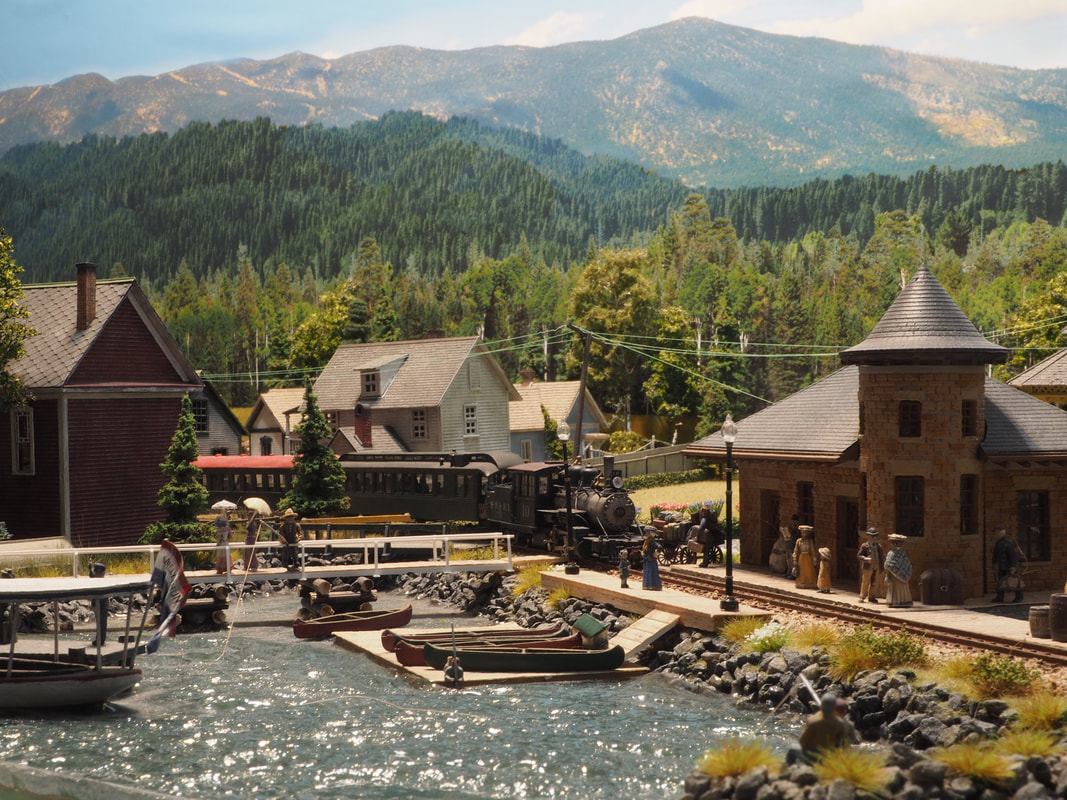 The Sandy River and Rangeley Lakes Railroad was a Two-Foot Gauge railroad in Franklin County, Maine in the late 19th and early 20th Centuries.   The gauge of two feet (the distance between the rails) was considered "narrow gauge", since the standard gauge of railroads in the United States was 4' 8-1/2".   To the people who operated the SR&RL, they would argue that it was the opposite, that 4' 8-1/2" was "wide gauge".  Two feet was the narrowest gauge used by common-carrier railroads in the U.S., with most of them being located in Maine.
The Sandy River and Rangeley Lakes Railroad was created in 1908, having been formed by merging five connected railroads that were already being operated as a single railroad for years prior to 1908.   These railroads were the Sandy River Railroad, Franklin and Megantic Railroad, Phillips and Rangeley Railroad, Eustis Railroad, and the Madrid Railroad.
The SR&RL Railroad was the largest Two Foot Gauge railroad ever to operate in the U.S., with over 120 miles of mainline track.  It was a common carrier, moving freight into, out of, and throughout the county, and having regular passenger service to all towns located along or near the tracks.  It had more locomotives than all the other two foot railroads combined, over 350 pieces of rolling stock, and also boasted the only two foot gauge parlor car ever built, to cater to the wealthy tourists that patronized the famed Rangeley Lake House resort in the town of Rangeley.  Along with the only parlor car, the SR&RL also owned the largest locomotive ever built in two foot gauge, the "massive" locomotive #23.
The primary source of revenue for the railroad was the logging and lumber industry, with raw timber being harvested throughout the county, and being moved to mills up and down the various branches of the railroad.  The mills turned out long lumber and everything from toothpicks to dowels to axe handles and wooden crates.  Vast tonnages of pulpwood logs were also moved down the line and transferred onto trains of the Maine Central Railroad at the transfer yard in Farmington, to be shipped to pulp and paper mills throughout the western region of Maine.
The demise of the SR&RL came in 1935, falling victim to the effects of the Great Depression, and competition from the automobile and truck industries.  Currently, there are still many pieces of original rolling stock and one of the original locomotives operating on various tourist attraction railroads in Maine, one of them being a rejuvenated descendant of the original SR&RL railroad that operates on a section of the original right-of-way in Phillips, Maine. 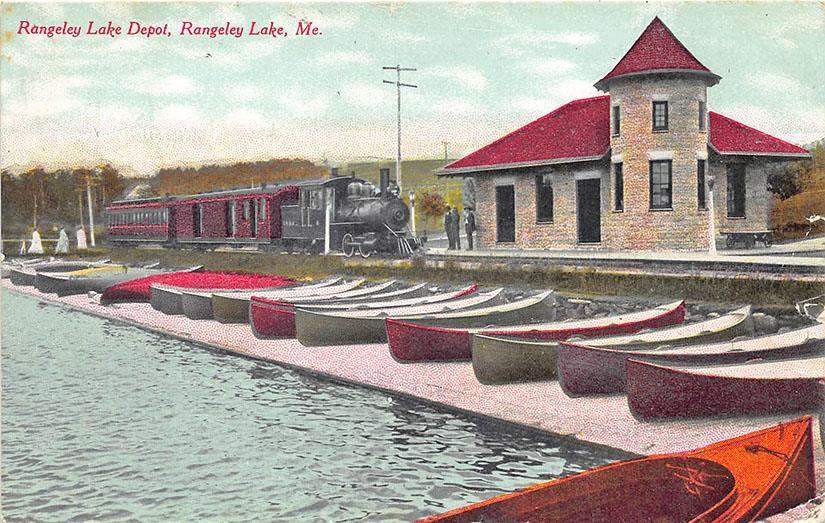 When I was a kid growing up in Maine back in the 1960's and 70's, I  had an HO scale model railroad on sheets of plywood in my basement.  It was standard gauge, and was a 'freelance' railroad, meaning everything was fictional.  I did what I could with what money I had, and what amateur skills I possessed.  Our school library had a book about the 2' guage Sandy River and Rangeley Lakes Railroad in Franklin County, not far from where I lived.  I became fascinated with this 'miniature' railroad.  I read Model Railroader magazine every month, and was amazed when I read my first article about the fictional "Carrabasset and Dead River Railroad", built by Dave Frary and Bob Hayden.  It was based on the Sandy River and Rangeley Lakes Railroad, and operated in a gauge I had never heard of, HOn30.  This used the smaller N Gauge track to simulate track in a gauge of 30", or two-and-a-half feet, in HO scale.  This meant you could convert N gauge/scale locomotive chassis into HO scale locomotives and operate them on N gauge track in an HO scale world, simulating narrow gauge.  I was hooked on the possibilities, and decided that someday, when I had my own house, the time, and the money, I would build a model of the Sandy River and Rangeley Lakes Railroad in HOn30.  So, that day has come.