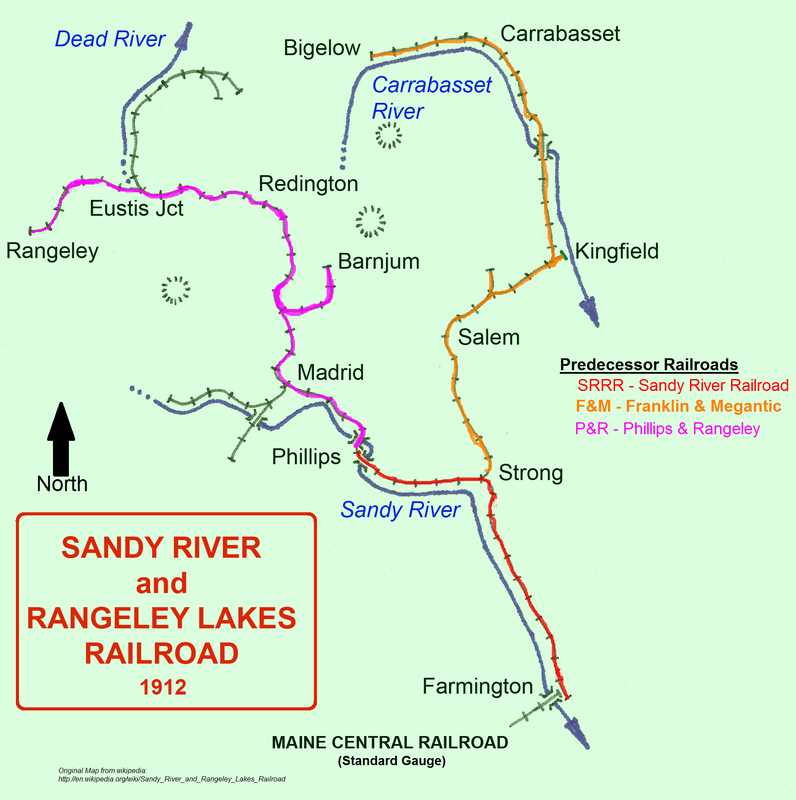 Originally, and ideally, I had hoped to cram more of the more notable features of the original railroad into the layout.  There were over 120 miles of mainline on the SRRL, with many small towns along with the large ones, and huge logging and milling operations everywhere throughout the system.  Because the SRRL, even though only a two-foot gauge, was a Class A system, there were also major passenger traffic and general freight operations, transporting everything from what you would find in any general store, to corn and apple canning factories, livestock, holiday and event special trains, excursion special trains, and major construction and modification operations on the railroad itself as new lines were laid or moved as mills and logging operations came and went.
I started back into the hobby small a couple of years ago, and I already knew when getting back into the hobby that I would model the SR&RL in HOn30, since that was my long ago dream project from when I was a kid.  Not being sure how deep I wanted to get into it, and not wanting to spend a ton of money up front on something that I might decide was not going to turn into a main pastime, I started with building the Reed's Station module to see how it would go.  I had never worked with N gauge track and equipment, had learned a lot more about scenery building from military modeling since my last railroad, and knew I would have to scratch build many structures in the future of the layout, if I was going to portray the railroad accurately.  I decided on Reed's Station because it contained the depot, which was a very simple structure to scratch build, it had a passing siding and spur track, so very simple dynamics to start with, and I would try my hand at remotely switching the turnouts, which I had never done as a kid.  I would model the Fall season to try my hand at colors, incorporate a photo back drop to see how well I could do at blending 3-D scenery with the photo back drop. I would also model it along the Orbeton Stream that the railroad ran along in this area, so that I could try my hand at carving rock and working with modeling a water feature.  All of this could fit on a 4' x 18" module, and if it turned out well, I could incorporate it into the larger layout planned for the future.  I was quite happy with the results of the module when it was done, and was also happy with the amount of time it took to do it.
After Reed's Station, I decided to model Sluice Hill.  This was to try out forced perspective, try out a proper 3% grade on the mainline, work on improving my trees and forest modelling, trying a hand painted sky for a backdrop, add a trestle bridge which I hadn't done before, and try a small waterfall for my next water modeling project.  I also didn't like my thread "telegraph lines" on my Reed's module, and wanted to try something else.  I was even happier with my Sluice Hill module than my Reeds', and this one went much quicker (only a week total to complete it), and at this point, continuing on to a real layout was coming onto the table for a possibility.
My next module was a big graduation up from the first two.  I decided to dive all the way in, and model Rangeley, my favorite location of the real historic railroad, and one I've only seen modeled once, in O scale, back when I was reading Model Railroader and Railroad Model Craftsmen when I was a kid.  The focus of that craftsman's work (wish I still had the issue) was the track along the lake to Marbles' Station at the Rangeley Lake House.  I wanted to model the yard at Rangeley, a portion of Main Street, and the Rangeley Lake House hotel and complex, something I have never seen done, that I know of.
Rangeley would be my first yard and complex track work attempt, my first turn table and roundhouse, my first attempt at a large water body, my first attempt at a large photo backdrop (8' long), my first attempt at bending the backdrop around the layout, and would involve a large amount of scratch building of structures, and more complex work blending the 3-D scenery into the photo backdrop.  The photo below is what I came up with. 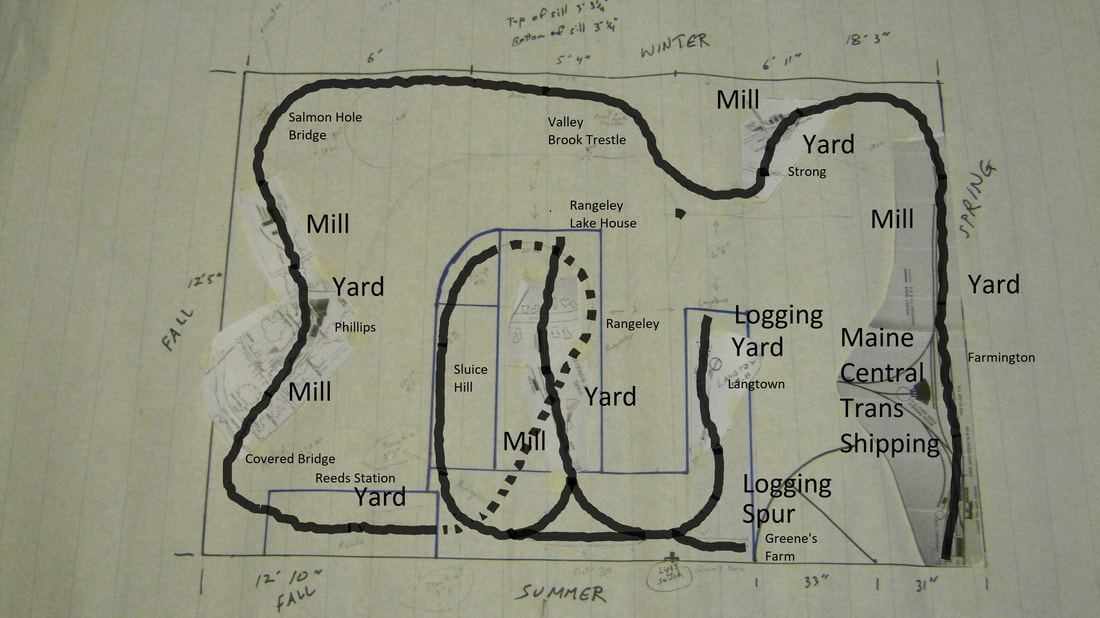